Upbeat, swinging jazz with a contemporary twist performed by some of the best musicians in the Bristol and UK jazz scene. The project currently features Anders Olinder on Piano, Eddie John on Drums, Johnny Bruce on Trumpet, Ben Waghorn on Tenor Sax and Federico Leonori on Double Bass but often includes other various guest musicians.

This Trio from Bristol features some of the best young players in town. Inspired by albums such as A Night at the Village Vanguard (Sonny Rollins), Motion (Lee Konitz) and The State of The Tenor (Joe Henderson), the band explores the rhythmic and melodic possibilities of Jazz Improvisation without the support of a harmonic instrument. Expect great interplay and swing. Along with Federico, Atlas Trio includes Greg Sterland on Saxophone and Mattia Collu on Drums.

Led by the soulful vocals of Elly Hopkins and spirited gypsy guitar of Jay Singh, Peanut Shuffle Club breathe their own exuberant energy into hits from the 20s, 30s and 40s.  Moving to the trad jazz rhythm learned on the streets of New Orleans, the band features a roster of collaborative improvisers, and performs anywhere from a duo up to a 7-piece big band. 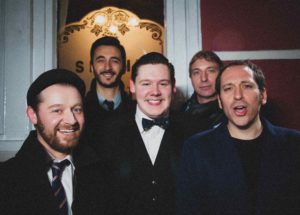 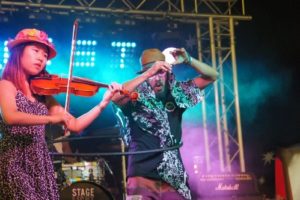 Immigrant Swing peddles an eclectic bunch of sounds, nationalities and styles– mashing up the rhythms of Jazz Manouche, the brass sounds of the Balkans and Hip-hop orientated vocals. If their music doesn’t make you want to dance, you’re probably not human. 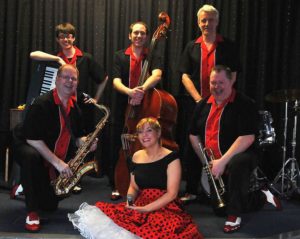 (including All-Stars, SwingZing and Chosen 5) 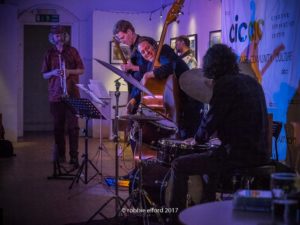 Planted in 2013 as a quintet drawn from the many European jazz musicians who’ve chosen Bristol UK as their home, as a vehicle for the compositions of Swiss-English trumpeter David Mowat, BEJE (Bristol European Jazz Ensemble) has blossomed into this special project. An exciting encounter between Korean jazz and the Bristol Music Scene.

The project aims to rehearse and perform 2 sets of original music, fruit of a BEJE-Korean collaboration, at 4 venues and record an album of the set in Bristol, for release later in

Federico is also featured in the last album of the singer Jo Wise: “Be my devotee”.